What we have learned from over a decade of change 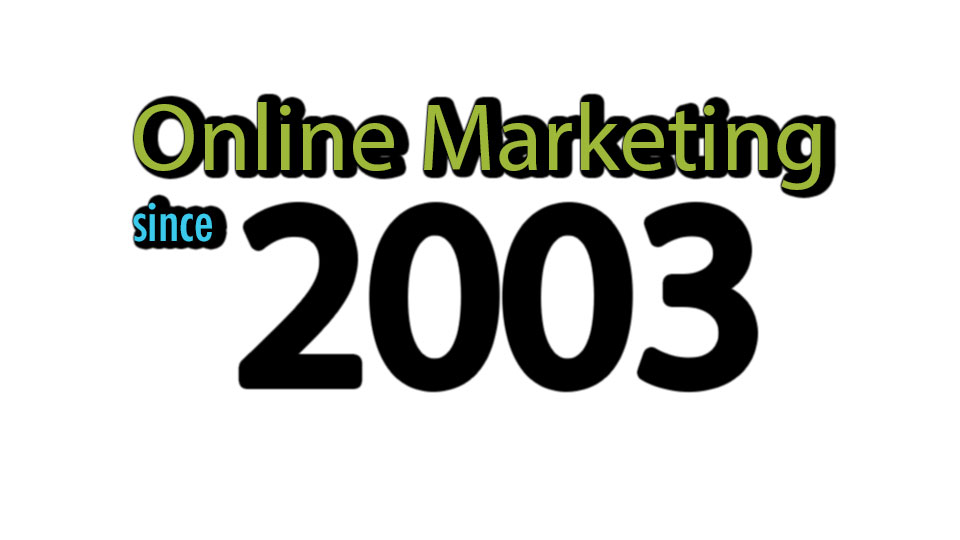 I started online marketing in 2003. This article is simply a very quick recap of the major changes that have occurred in this field over the last 14 years.

The Internet Without Wires

One of the biggest changes since 2003 happens to be the smartphone that is sitting right beside you. It’s the tablet that so many kids are now glued to in the car while mom is driving. The World of Mobile has definitely come upon us with velocity. Seeing this change coming, we all had to adjust the way we were designing websites. We were forced to convert ourselves into mobile evangelists. Frankly, we simply had no choice. This change arrived with the force of a tornado.

Today, mobile is part of our normal lives. Today, you can stream Youtube videos at the beach. Golly. Today, we have to think mobile first. When you create your ad campaigns, when you design your website, think mobile first. The era of primarily marketing for desktop computers is a thing of the past. One day we may also have to design for hologram versions of our sites but that will be many moons from now.

Google is Creating a Virtual World

A database revolution is turning into a marketing channel which is changing the way we do business — Google.

The idea of stuffing keywords into web pages never appealed to me but back in 2003 it was a trick that many webmasters were using. By continuously updating its algorithm, Google stayed far ahead in the search game and today it has become really hard to play tricks on Google. Google has managed to create a virtual reality, which is attempting to reflect what the real world looks like.

Today’s ranking factors comprise ingredients such as reviews, activity and a very complex link authority system. We are getting very close to looking at a “perfect” virtual world. Today when doing SEO you must be able to understand human behavior, how we communicate and the word-of-mouth mechanisms, as this is what Google is attempting to emulate.

Google has also conquered the world of online advertising and dominated it for many years. There is, however, a fierce competitor on the field today: Facebook ads. You can generate all the leads you ever wanted using both Google and Facebook ads. If you know your keywords and your audience very well, you’ll be able to get high conversions with Google ads. We will continue to see Google ads for a long time, so it’s definitely something that companies need to embrace, find budgets for and continue to test until a winning combination has been achieved.

My overall approach to dealing with Google has always been to play by the rules. As Google has continued to create this virtual world of information, I have approached the beast by sticking to the rules. I’ve seen enough sites get penalized simply because they tried to trick Google to know better than to attempt shady online marketing tactics.

Takeaway: Don’t try to play SEO tricks with Google, as Google is only going to get smarter with time. Instead, understand the rules of the game and play them hard.

Takeaway: Google ads are here to stay, if your company hasn’t tested its ads yet, then it should do so now. And when you do test your Google ads, please do it for at least 3 months before saying it didn’t work.

The Ascension of Video

Video wasn’t a big thing back in the day. Computers and bandwidth advanced and then boom! Youtube was born.

Today grandma will watch recipe videos and little Johnny will watch his cartoons on Youtube. Today, videos are an integral part of search results on Google. Today, we even have video ads. For several years now, Facebook video streaming has been skyrocketing.

Today entire marketing campaigns are launched with videos, funneling viewers to a sales page converting into products/services sold. This works! And it works really well. Still today, not enough companies are using video to increase their sales. Back in 2003, I could sympathize with a company which decided to forgo videos. Today there is simply no justification. The creation of videos has become accessible to most of us, and should be a component of your marketing campaign.

Takeaway: Videos are not going away anytime soon, so strive to always incorporate them into your marketing machine.

One of the biggest changes we had to embrace as internet marketers was the dawn of social media. Similar to mobile in that we simply had no choice. None. Social media has now indubitably become an integral and essential part of our marketing efforts. Back in 2003, social media wasn’t a thing. Yes, we had forums and chats but nothing like Facebook.

Over time, Facebook has managed to sneak in more and more marketing elements. Today, we are forced to understand Facebook’s marketing tools, because that’s where the crowd hangs out. In the last few years Facebook has really worked hard at making ad management simpler and more efficient. And I think they succeeded.

Today books on social media marketing have been written and there are many effective marketing techniques which increase sales through social media sites. This is something we didn’t have in 2003.

Takeaway: I’d bluntly state that you should have social media ads running all the time. Do you have a spare $100 to spend every month? Well hey, that could be your basic campaign for a whole month on Facebook.

Amazon and The Ecommerce Boom

The general perception has completely changed over the years. For many, buying something online wasn’t natural back in the day. Today: “of course I bought it online!”

That is a major change.

The world of commerce has shifted and as long as we have internet connections, it will never be the same again.

Not all companies can sell their product/services online but for those who can, it’s a commerce revolution. Math tutors can teach a student across the country over Skype. Johnny in a little rural town can have a booming company selling widgets. And that is possible only because the general perception of buying stuff online has totally changed to a favorable one. Our kids will probably already be making their very first purchases online. What a concept!

Takeaway: Today, most people aren’t reluctant and will buy online. So learn how to monetize the web and explore its depths. Deploy the marketing artillery and continue to find ways to convert more sales.

Automation and Ease of Building Websites

One more thing and I’ll let you get on with your business for today.

How fast can you build a website without even knowing a single line of code? Minutes. Email marketing has reached new heights in the last few years with automation and email sequences. Shopping cart abandonments are tightly tracked and emails sent to those who didn’t purchase. Subscriptions are on the rise. Anyone can create a course, have a ton of members and automatically charge a monthly subscription fee to those members.

It will only get faster, that’s for sure.

Will everything be automated in the future? I really doubt it. Minds understanding minds and dreaming up marketing campaigns won’t be achieved with AI and automation alone.

In 2003 we didn’t have all of this. Today, different business opportunities come to being simply because the technology didn’t allow for it back then. This is a big change.

It is definitely easy to get lost amongst all of these tools, but I strongly encourage you to take advantage of the right tools for your business.

Takeaway: Have a clear understanding of your business goals, know how people interact with your company, and use the tools that will help you achieve an increase in sales.

Looking back, the early 2000s were the pioneer years. There’s definitely something to learn from that era. I hope I have shed some light on some of the major changes our web has gone through. As we behold more changes in the future, more opportunities will emerge.. 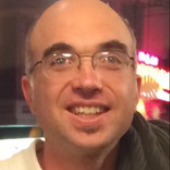 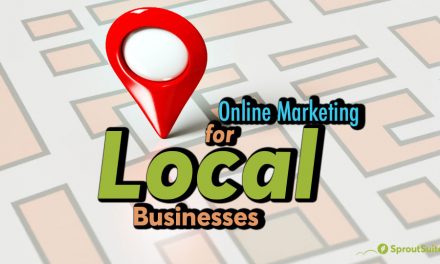 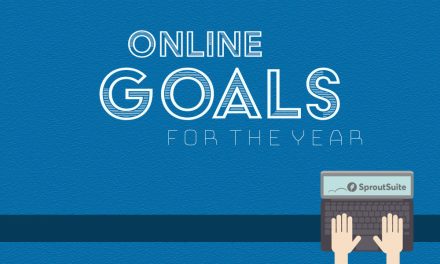 Setting Up Online Goals for the Year 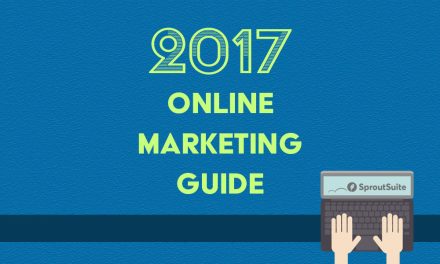 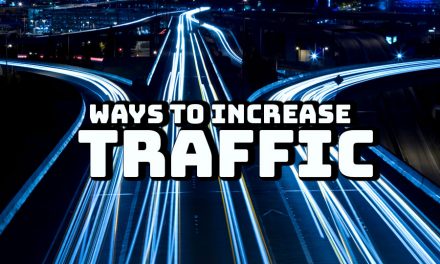 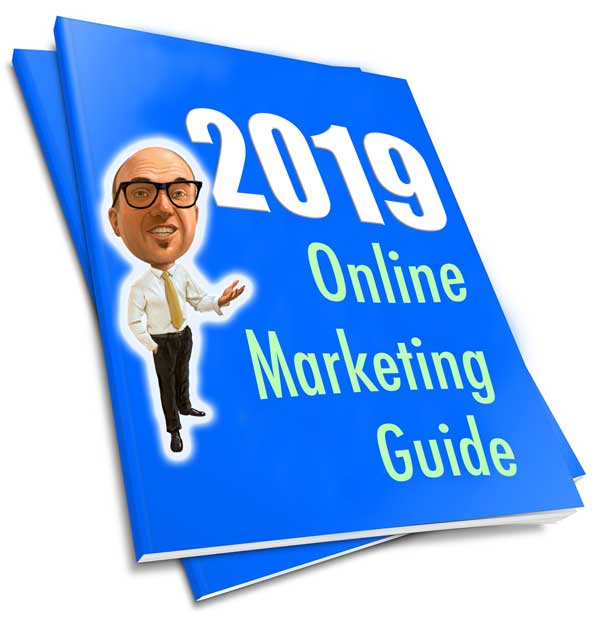 Join me by signing up and receive the latest articles, guide and tips.

You have Successfully Subscribed!

You will receive an email to confirm your subscription.

- Helped many companies get found online and increase their sales

- Unique and personal service: I work with you 1-on-1

- I have a direct contact line for my customers. You can call me or email anytime.